beware; read at your peril; here be dragons! 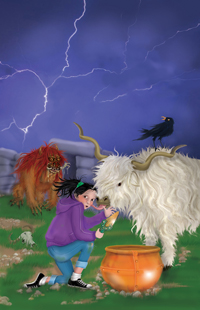 NEITHER DEAD NOR ALIVE
Matador, 2014

“All the mortals perished – Finn and Fergus and young Aidan – but the vengeance of The Morrigan was not satisfied. She decreed that every year at Midsummer they would rise from the dead and re-enact their dooms afresh, each dying again, till the end of time. You must be the one who will free them all from The Morrigan’s curse.”

Set in the Benderloch area of Argyll, the book tells the story of a city boy, Steve, who finds himself catapulted back in time to the Bronze Age where he must lift a curse that condemns Aiden, his father Finn, and a thief Fergus, to be murdered over and over again every midsummer. To do this, Steve must confront ancient ogres and carry out a sacrifice.

With his interests devoted mainly to football – he is a Saint Mirren supporter – he would be quite unable to carry out such a task without the help of Fiona, who has an uncanny understanding of ancient rituals. The friends must face both adventure and fear in their quest – but what would happen if they got stuck in the Bronze Age and were unable to return to their own time..?

Neither Dead Nor Alive is a thrilling time-slip novel that will appeal to young readers aged 10 and up. 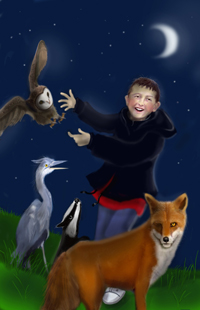 A ten year old boy discovers that he can speak to and understand animals. His gift propels him into a series of adventures, before he loses it.

Set in Argyll in the West Highlands of Scotland, Fraser's Voices tells the story of a ten year old boy called Fraser who suddenly discovers that he can speak to animals. This gift is associated with a mystery illness - "tumblings of the mind" - and when this goes into remission, his unusual ability fades too.

The book is split into five sections. Each begins with the onset or recurrence of this illness and ends with a temporary cure and the loss of his gift. His voice introduces him to friends like One-eye the fox, Barook the badger and Nephesh the owl. These new friends lead him into a series of adventures. In each one, Fraser and his friends have to solve a problem - a murderous intruder, toxic pollution of burns, rabies, a forest fire - and face great danger.

Fraser's Voice bridges the gap between Rudyard Kipling's Jungle Book and Richard Adams' Watership Down. It aims to be true to the psychology of animals, whilst offering the combination of a magical world and the accessible setting of a Scottish hillside with familiar animals like foxes and owls. It will appeal to children aged 10 to 12 who enjoy adventure and fantasy fiction. 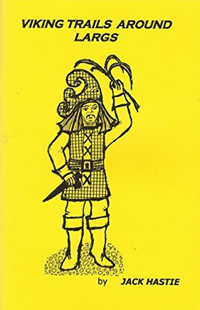 Three children visit Largs and are introduced by the Norse god, Loki to some of the gods and heroes of the Vikings in real places around Largs.

Suitable for eight to twelve year olds. Available via: 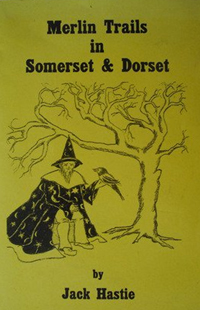 An eight year old girl meets Merlin and is introduced by him to King Arthur and his knights in real places around Glastonbury. 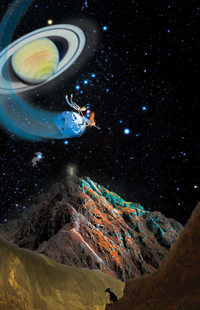 SCATTERED DREAMS; FORGOTTEN NIGHTMARES
Matador, 2016 Scattered Dreams: Forgotten Nightmares is a collection of sixty poems for all tastes and ages: some short, some long, ranging from children’s rhymes and the humorous and irreverant to thoughtful meditations on the meanings of things. The emphasis is on the vastness of space and time and the transience of all things human.

Be warned, the philosophy is not happy clappy.
Read on at your own risk.

DIAMONDS IN THE MIND
(Ludovic Press 2010) 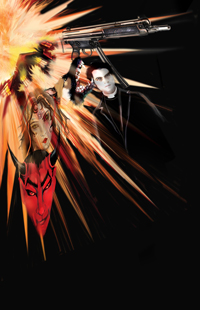 "Jack Hastie is a retired lecturer in History and Scottish Mountain Leader.
His imagination spans continents and centuries.
Never far from his writing is an awareness of evil which he sometimes, but not always manages to transcend.".

Sometimes satirical, sometimes lyrical, the collection makes some scathing comments on commercialisation and political correctness in contemporary society. Don`t read on unless you are prepared to accept “a willing suspension of disbelief” in things that should never happen.

A history of the College.

OBSERVING THE MOON ON THE HORIZON DURING THE EARLY BRONZE AGE
Catastrophism and Ancient History Vol XII part I, Jan 1990

An analysis of the site at Kintraw, Argyll.